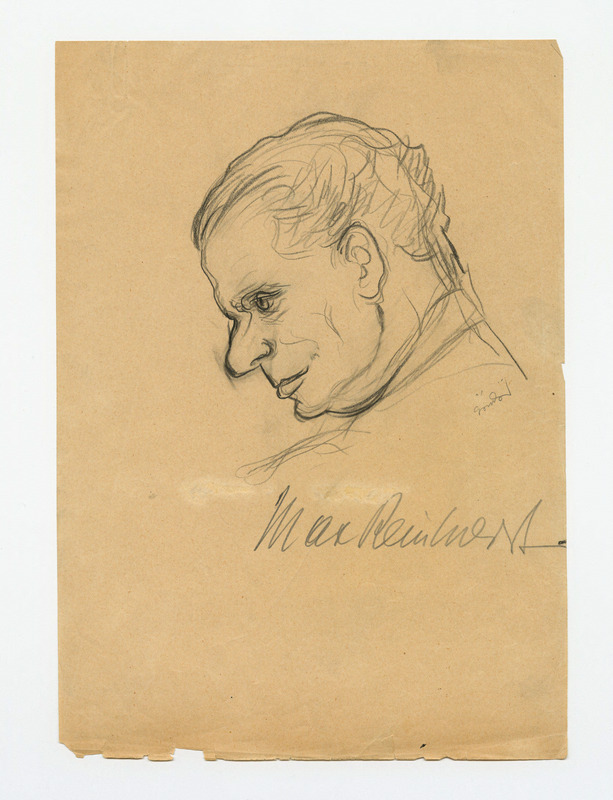 Max Reinhardt was born Maximilian Goldmann in Baden bei Wien, Austria. From 1902 until the beginning of Nazi rule in 1933, he worked as a director at various theaters in Berlin. From 1905 to 1930 he managed "Deutsches Theater" in Berlin and, in addition, "Theater in der Josefstadt" in Vienna from 1924 to 1933. In 1920, he established the Salzburg Festival with the performance of Hofmannsthal's Jedermann. By employing powerful staging techniques, and harmonising stage design, language, music and choreography, Reinhardt introduced new dimensions into German theater. He also directed several films. After the Anschluss of Austria to Nazi-governed Germany in 1938, he emigrated first to Britain, then to the United States. He died in 1943.

Emery Imre Gondor was born in Budapest, Hungary in 1896. He attended the Royal Hungarian University and received his diploma from the National Academy of Art. As a young art teacher, he observed many children who had suffered during and after World War I and was inspired to learn more about their afflictions and the ways in which art could be used to help them. This prompted a lifelong interest in the field of psychology. In Budapest, the psychoanalyst, Sándor Ferenczi introduced Gondor to the subject of psychoanalysis and therapy. When Gondor moved to Vienna in 1920, to attend the Academy of Industrial Arts, he learned of Professor Csizeck's pioneering work in the field of progressive art education for children. He began working at the Viennese University Clinic, drawing and playing with emotionally disturbed children. In addition he illustrated books and continued this work when he emigrated to the United States in 1936. In addition he illustrated books and continued this work once in the US. In 1959, Gondor received his diploma in Clinical Psychology from New York State University. He became director of the art program at the Institute for Mental Retardation at New York Medical College in 1968. Emery Gondor died in 1977.