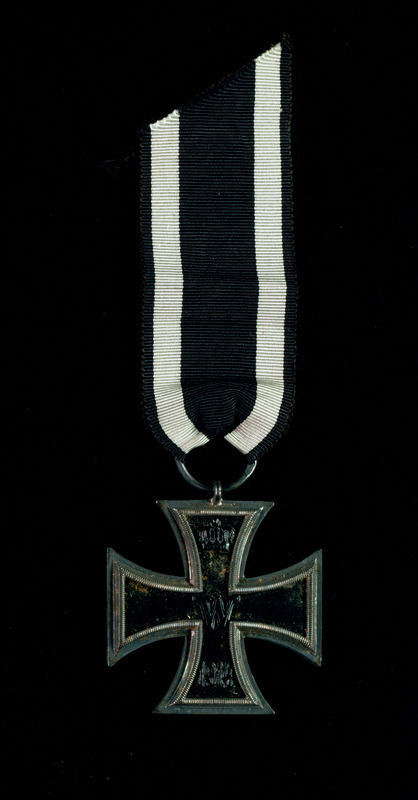 The Iron Cross was established in 1813 by King Friedrich Wilhelm III of Prussia during the Napoleonic Wars, and was re-issued in 1870, 1914, and 1939 for service during the Franco-Prussian War, First World War, and Second World War respectively. The design is derived from the black cross of the Teutonic Order (13th century knights) and was later adopted by the Kingdom of Prussia. In 1914, Wilhelm II re-issued the Iron Cross. The 2nd Class medal was awarded regardless of rank and worn on the chest.