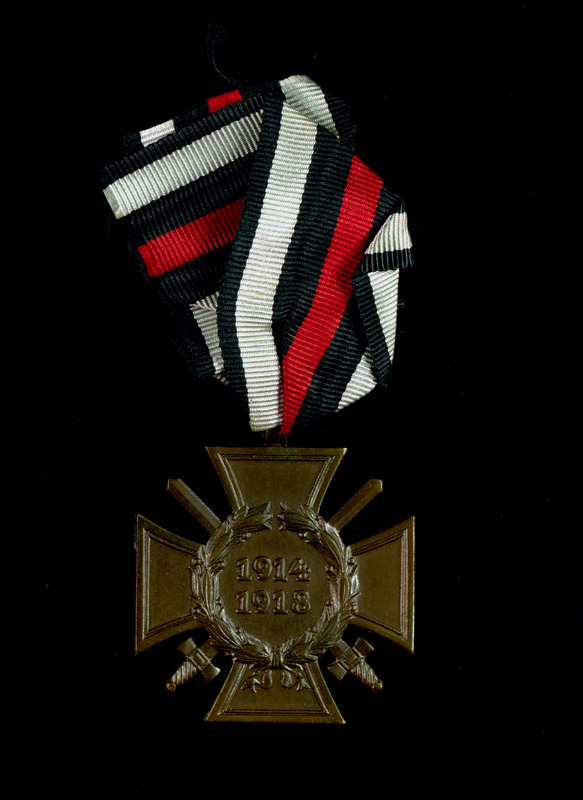 Established in 1934 by Reichspräsident Paul von Hindenburg, the medal commemorates service during the First World War. The Honour Cross was modeled after the War Commemorative Medal of 1870/71 (see 2012.015). The cross was also awarded to non-combatants and next of kin, in the case of death, both versions of which do not feature crossed swords. A Certificate of Honor for the Ehrenkreuz für Frontkämpfer 1914/1918 (Honor Cross for Combatants ) was presented along with the cross.