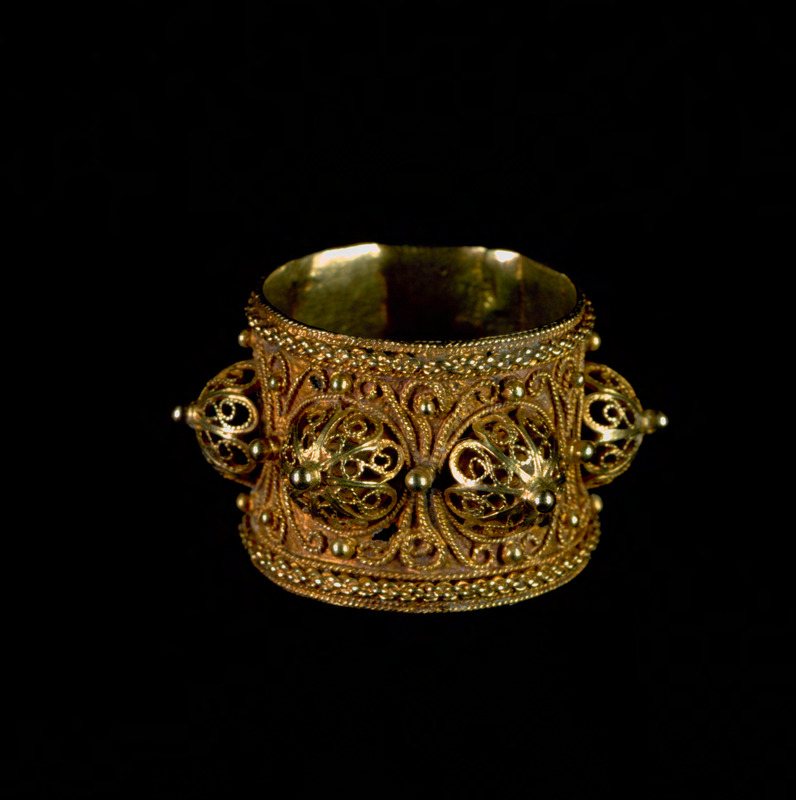 Jewish wedding bands were owned by communities, rarely an individual, which highlights the interest that the Jewish community had in personal unions. Rings were given to a bride during the wedding ceremony and then returned to the community. This custom dates back to the seventh century. Rings were originally meant to be plain, so as not to the suggest the bride was being bought. Gemstones were never featured, though enamel was sometime used, with architectural forms often taking their place. These forms may have contained a small paper with a prayer written on it along with a Hebrew inscription. Beginning around the sixteenth century, ring designs became more intricate and ornate.