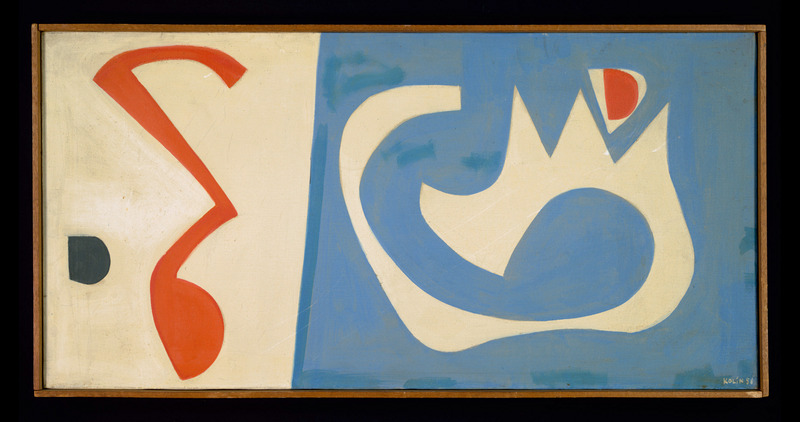 Sacha Kolin was born in Paris in 1911. She grew up in Vienna, Austria, attending the Wiener Kunstgewerbeschule (1930) and the Academy of Fine Arts (1931-32). She was one of few women to exhibit in the annuals of the Secession and the Künstlerhaus. In 1933 she moved back to Paris, and studied with Naoum Aronson (a stone carver for Auguste Rodin). In 1935 she became the youngest full member of the Nationale Societe des Beaux Arts. In December 1936 she and her family immigrated to New York, concerned with Nazi persecution, and participated in many one-person and group exhibitions. Her career history includes 19 one-person exhibitions and over 125 group shows. She was the recipient of a Mark Rothko Foundation grant award in 1973, the same year her monumental aluminum sculpture "Drawing in the Sky #1" was installed during a one-person show at the Everson Museum of Art in Syracuse, New York where it remains on exhibition. She died in 1981 in New York. Kolin was also known for paying anything she could with her art.