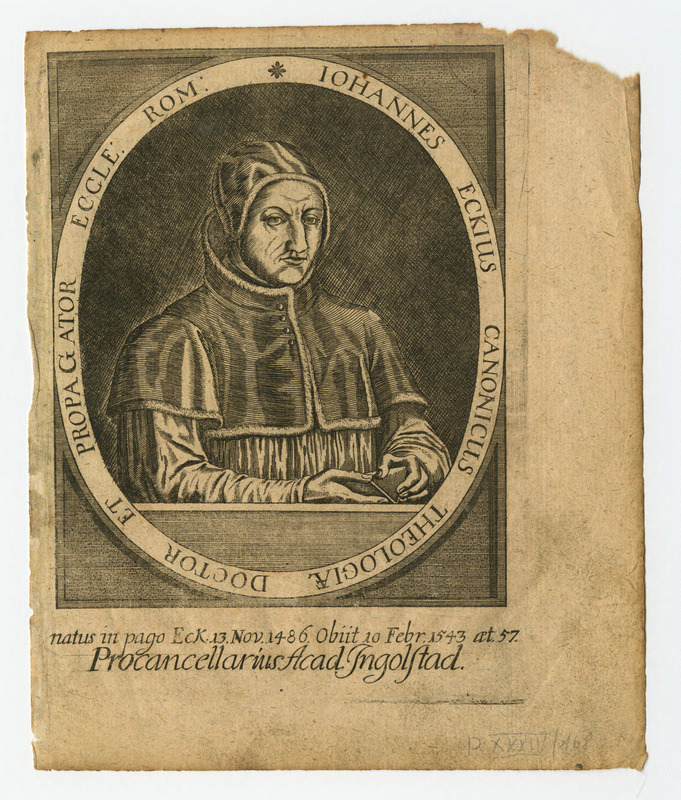 Johann Eck, a chancellor at the University of Ingolstadt, was a most outspoken Catholic theologian attacking the Reformation. In 1541, he published a pamphlet “Against the Defense of the Jews”, opposing the position of the Nuremberg reformer Andreas Osiander, who – in his booklet “Whether It Be True and Credible That the Jews Secretly Strangulate Christian Children and Make Use of Their Blood” - wanted to quash medieval superstition that Jews were responsible for killing Christian children, desecrating the eucharistic host, and poisoning wells. Eck accused Osiander of being a "Jew-protector" and "Jew-father" and reviled the Jews as "a blasphemous race".