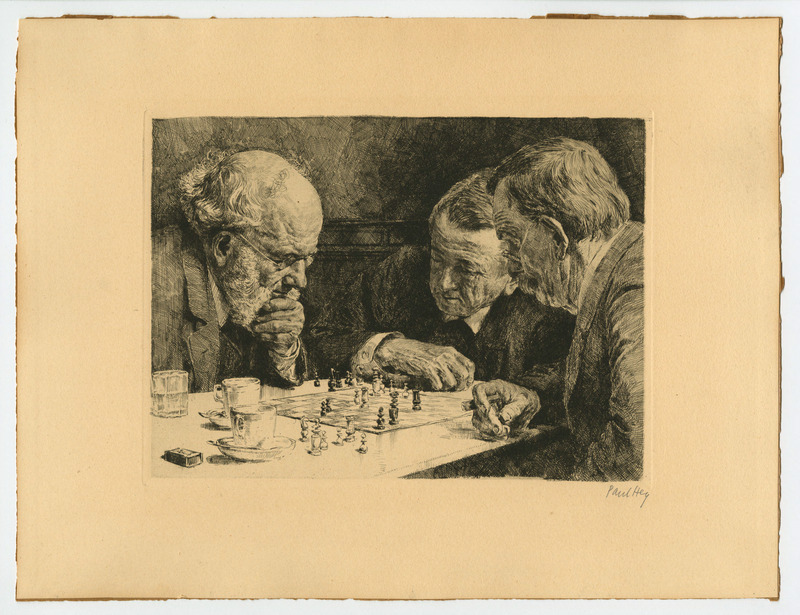 Paul Hey was born in Munich on October 14, 1867. He was a painter and illustrator who studied under Raupp, and traveled widely in Italy, Greece, Egypt and Britian. Due to his status as a "Half-Jew" he could no longer exhibit his work in 1933, but was allowed to stay a member of the Reichskulturkammer (Reich Chamber of Culture). He died October 14, 1952 in Gauting, Bavaria.