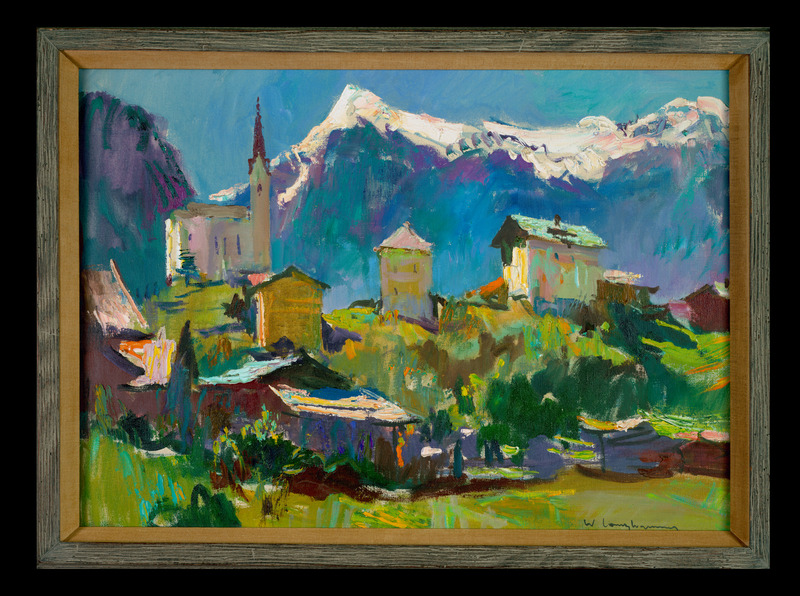 Walter Langhammer was born in Graz, Austria in 1905. He studied at the Vienna Akademie der Bildenden Künste (Academy of Fine Arts Vienna) under Ferdinand Andri, Hans Tichy, and Josef Jungwirth. He married Käthe Urbach, daughter of Otto Urbach, a German-Jewish social democrat. In 1938, due to his wife's Jewish background and his own political beliefs, he was forced to emigrate to Bombay, India. Langhammer worked as an art director at the Times of India and took an active part in the cultural scene in Bombay. He joined and exhibited with existing Indian artists' groups such as Bombay Art Society and he also formed close friendships with other Austrian exiles. In 1957 he and his wife emigrated to London, where he would never achieve the artistic success he had in India. He died in 1977.