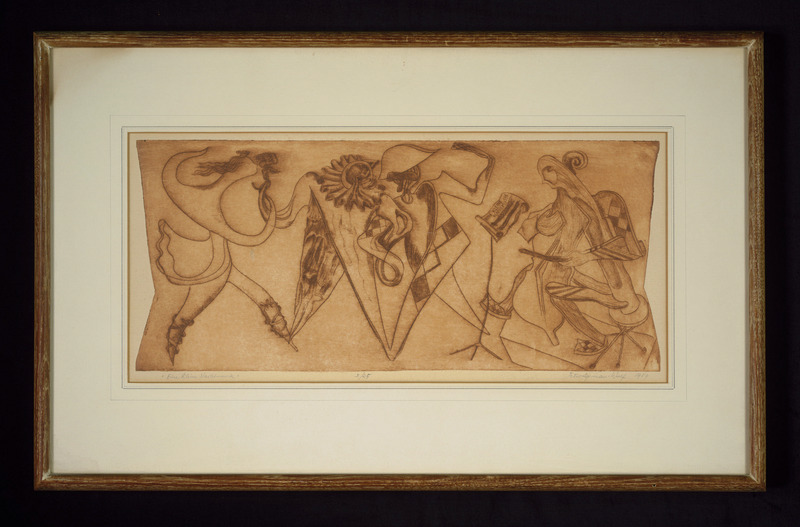 Peter Lipman-Wulf (1905-1993) was a German artist and sculptor. Born in Berlin, he studied at the Berlin Academy. In 1933, he left Germany once the Nazis came to power. He immigrated to France in 1933 and in 1939 he was interned in the Les Milles camp in southern France. He eventually immigrated to the United States in 1947. Lipman Wulff worked mostly with wood, bronze, and ceramics in a semi-abstract style reminiscent of German Expressionism. While living in New York he won a Guggenheim fellowship, among other awards, and many commissions. He taught art at Queens College (City University of New York) and Adelphi University for many years, and published articles on art education in Leonardo and other journals. His works were exhibited at numberous galleries in New York City, including a retrospective at the Jewish Museum in 1961, and are present in the collections of the Metropolitan Museum of Art, the Whitney Museum of American Art, the National Gallery of Art in Washington, the British Museum in London and the National Museum in Berlin.