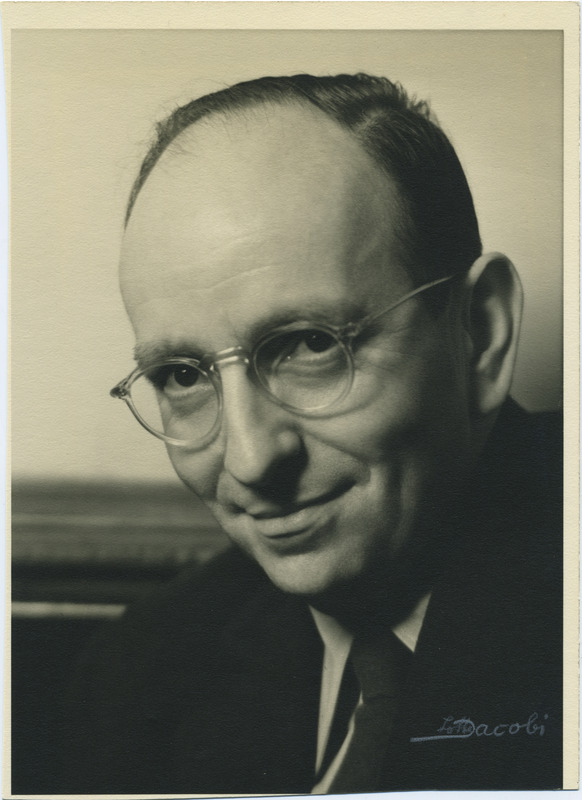 George (Georg) Salter was born in Bremen, Germany in 1897. He served in the German Army in WW I and then studied at the ‘Kunstgewerbe- und Handwerkerschule’ (School of Applied Arts and Crafts) in Berlin-Charlottenburg, soon embarking on a highly acclaimed career as a designer for book covers. He acquired worldwide fame with his design for Alfred Döblin’s book “Berlin Alexanderplatz” in 1929. Salter emigrated to in New York in 1934, continuing to design book cover jackets and magazine covers for US publishers. George Salter died in New York City in 1967.

The photographer Lotte Jacobi was born in 1896 in Prussia. Her family was connected to photography’s early history since her great-grandfather Samuel Jacobi had learned photography from Louis Jacques Mandé Daguerre in Paris. Lotte Jacobi studied in Posen and in Bavaria, before joining her father Sigismund at his photo-studio in Berlin in 1927. She soon embarked on a career as an internationally known portrait photographer. In 1935, she immigrated with her son to New York, where she opened a studio together with her sister Ruth and renewing her career. Lotte Jacobi died in Deering, NH in 1990.