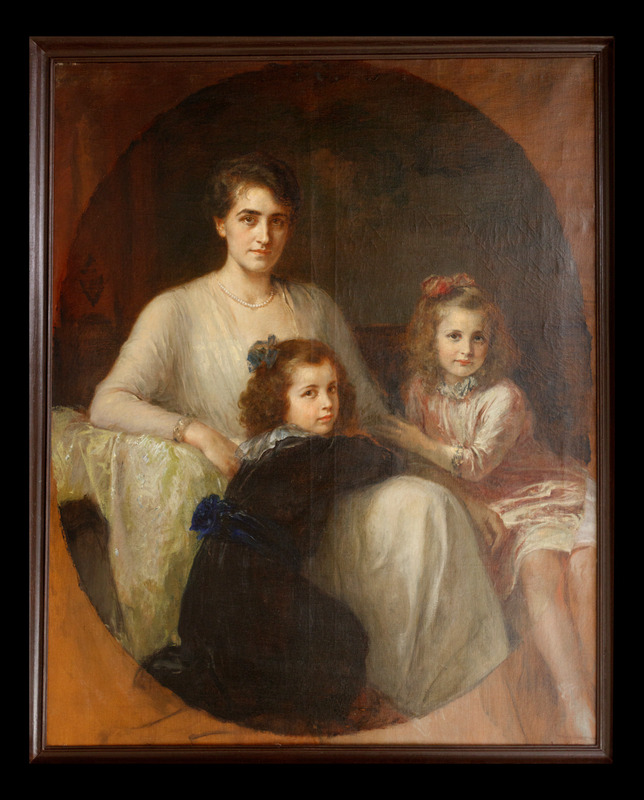 Nelly Steinharter was born in 1887. She married Otto Scharff and had two daughters named Gertrude and Liselotte. The Scharff family lived in Mannheim, Germany. The daughters left Germany under growing Nazi power in the 1930s. In November 1941, Nelly and Otto were deported and were put on a train that was supposedly headed to Riga, Latvia. The train was halted in Kaunas (Kovno), Lithuania, on November 25, 1941. All passengers were taken from the train and shot by local members of the Nazi party.

Gertrude Scharff Goldhaber was born in 1911. Gertrude studied science at the University of Munich and left Germany to try to find teaching work in London in 1935. Gertrude married fellow scientist Maurice Goldhaber in 1939, and soon after they moved to Urbana, Illinois for a teaching job for Maurice. Despite experiencing discrimination as a woman working in the sciences, Gertrude became a successful research physicist and received many accolades in her career. She was a member of the National Academy of Sciences and worked for many years the Brookhaven National Laboratory. She died in 1998 in Long Island.

Liselotte Scharff Fleischer was born in 1913. She left Germany in the 1930s and lived in Brazil and Nice, France for a time. She died in Konstanz, Germany in 2004.

Friedrich August von Kaulbach (1850-1920) was a prominent German portrait and historical painter. He was born in Hannover and studied at a fine arts school in Nuremberg. Von Kaulbach painted this portrait of the Scharff family in Munich.