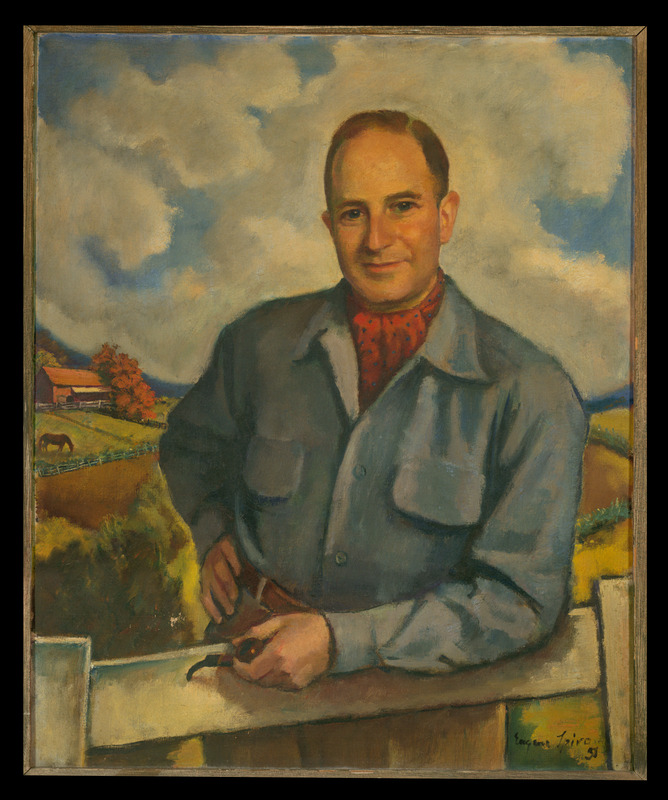 Max Georg Lowenherz (May 28, 1909 – September 13, 2003) was born in Coburg, Germany to a Jewish family. His father was David Löwenherz, a businessman, and his mother was Clara Löwenherz. In 1933, Max and his brother Walter fled Germany, shortly after being arrested during mass incarcerations of Jews in Coburg; Max and Walter joined their brother Heinz in Amsterdam, working for a picture agency. Max and Walter were able to migrate to New York in 1937, where they set up a similar picture agency business. Because Heinz and his family were later transported to Germany and killed during the Holocaust, the picture agency in New York was named "Three Lions, Inc", after thee three brothers and in homage to their last name (which means "lion-heart" in German). Three Lions, Inc. was a successful picture agency that licensed works by international photographers, often photos of celebrities and other notable people. Of particular note, Three Lions, Inc. commissioned a series of photographs by Orlando Suero in 1954 of Senator John and Jacqueline Kennedy at their home in Georgetown. Max Lowenherz also established Lion Heart Autographs, after developing an interest in letters and autographs. In 1938, Max married Eva Cohnreich, a young photographer who had worked with the Three Lions, Inc., and herself a recent German Jewish émigré to New York. Eva and Max had two children, but later divorced around 1965. Three Lions, Inc was sold in 1983, and in 1989, Löwenherz donated the agency's archive of Kennedy photographs and negatives, most taken in 1954, to Johns Hopkins University. He died in 2003.