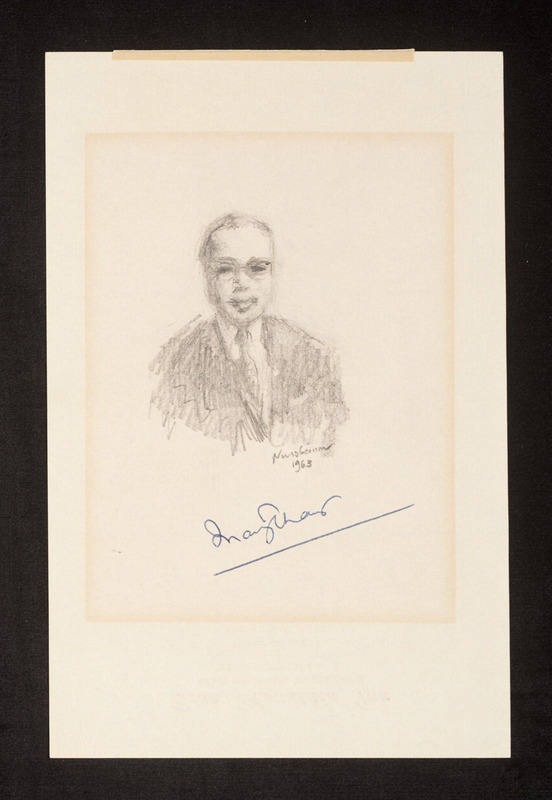 U Thant was a Burmese diplomat and the third Secretary-General of the United Nations from 1961 to 1971, the first non-European to hold the position.

Wilhelm Nussbaum was born in Frankfurt am Main in 1896. He studied medicine in Frankfurt, Munich and Berlin. He practiced as a gynecologist in Berlin and in 1933 founded an anthopological organization about the Jewish race, which was ultimately against Nazi racal theory. Though the organization at first had the approval of government authorities, it was closed down in 1935 by the Gestapo.

Following the closing of the organization, Nussbaum immigrated to the United States. He opened a private medical practice in Kew Gardens, Queens. Nussbaum's home on Long Island was frequented by other Jewish emigres from Germany, who were interested in literature. He was also active as a poet and painter. In 1953, he published a collection of poems called "Ueberfahrt". Some his paintings were shown in 1976 at the Metropolitan Museum as part of an exhibition on artwork by physicians. He died in 1985.