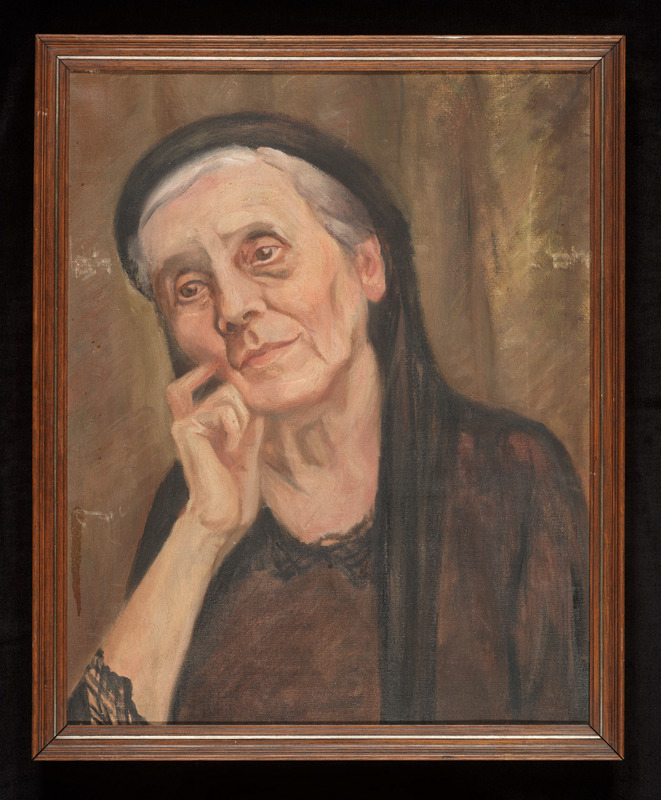 Johanna Lövinson was born in Berlin on January 13, 1874. When she was 17, Johanna Lövinson entered a teachers' seminary. At 19 she moved to Italy to work as a governess. Upon her return to Berlin she began taking dramatic lessons, and studied with the actor Max Pohl. Johanna Lövinson then began taking voice and breathing lessons and studied German literature. She found positions in finishing schools, teaching students correct diction and literature. Occasionally she taught German to foreigners, directed amateur theater productions, and formed reading circles to discuss literature. In 1901 Johanna Lövinson married the businessman Eugen Meyer, twelve years her elder. Their first child, Hildegard, was born the next year, but died soon after birth from influenza. Their son Paul was born in 1904; daughter Leonore arrived in 1911. Not long after the birth of Paul, Eugen Meyer's business failed, and Johanna Meyer once more began to teach at finishing schools and gave lessons in voice projection, as well as offering lectures on Jewish topics. In addition, she gave readings of children's stories, sometimes in costume, in rented halls. This led to doing readings of literature for more organizations and events. In fall 1923 the first radio station was opened in Berlin, and in 1924 Johanna Meyer found a position at the station reading children's stories and literature, as well as giving lectures on women's issues. Through the radio her fame as a speaker spread, and she was often requested at cultural events in various cities.

Once the Nazis came to power in 1933 Johanna Meyer lost her position at the radio station, but continued to do dramatic readings and lectures for the Jüdischer Kulturbund. By 1938, both of her children had immigrated to the United States and were living in Chicago. They applied for a visa for her and she left Germany. She settled in an apartment her children provided for her in Chicago, joining her daughter Leonore a year later in Reading, Pennsylvania, where Leonore worked in a kindergarten. There Johanna Meyer began studying English and taking Americanization classes. In 1943 she and her daughter moved to Philadelphia. In 1946 Johanna Meyer began to work as a model for students at several art schools in Philadelphia. This position usually required her to dress in costume, and to project her personality, a skill she already had from her years as a literary reader. By the spring of 1956 Johanna Meyer had resigned from her work as an art model. Shortly thereafter she was taken to the hospital and had to give up teaching. Johanna Meyer died on April 29, 1957.