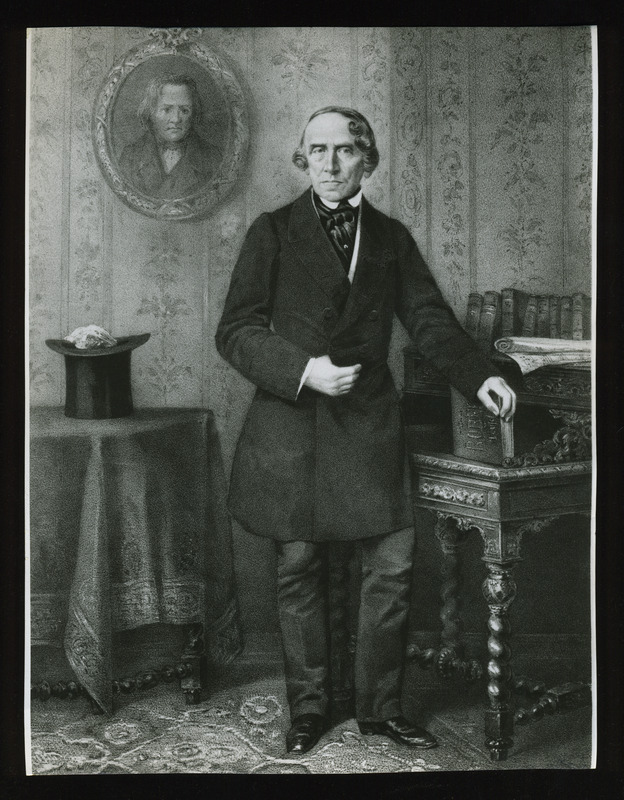 The composer Giacomo Meyerbeer was born as Jakob Meyer Beer in Rüdersdorf near Berlin in 1791, the son of a prominent member of the local Jewish community. Meyerbeer began his musical career as a pianist and then studied composing in Italy, where he adopted his first name, Giacomo. From 1824 on, his operas found wide acclaim in Italy, France, and in Berlin, where he became director of the Royal Opera House in 1842. Giacomo Meyerbeer died in Paris in 1864.