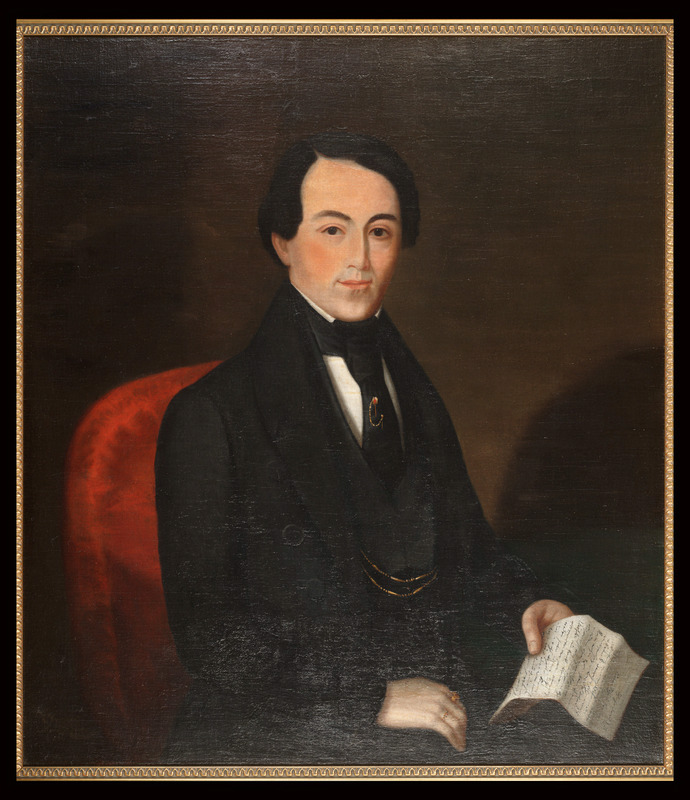 Bernard Ettinger was born December 31, 1809 in Ichenhausen, a small town in Bavaria. He married Jeanette Frank Ettinger around 1843, and they had eight children. The family immigrated to New York City. He died March 25, 1902.

Florian Kurringer was born in Ichenhausen between 1805 and 1809. Aside from his study of art in nearby Munich in 1829, Kurringer spent most of his life working as an artist in his native town. He painted portraits as well as religious subjects for local churches. There are very few known works by the artist. He died in 1877.