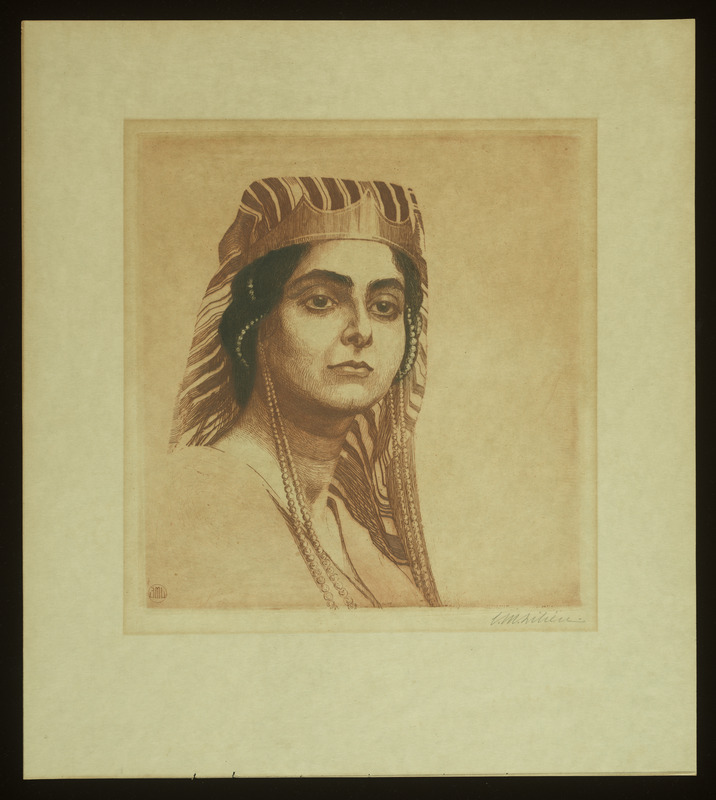 In the biblical book of Esther, she is described to be the Jewish queen of the Persian king Ahasuerus: she succeeded in reversing the king’s decision to have all the Jews killed by his evil vizier Haman.

Ephraim Mose Lilien (1874-1925) was an internationally renowned Austrian printmaker, illustrator and photographer. He is often considered the most prominent Jewish artist to be associated with Art Noveau or Jugendstil, a new international style coming out of the European Secession movement at the turn into the twentieth century. Lilien is particularly noted for his art on Jewish and Zionist themes. Born in Drohobicz, Galicia (then part of the Austro Hungarian empire) in 1874 in poor circumstances, Lilien's artistic inclinations became evident early in life. In his youth he was an apprentice to a sign-maker and subsequently attended the Academy of Art in Krakow, where he studied under Polish history painter Jan Matejko. In 1899 Lilien moved to Berlin, where he became a member of the artists' group 'Die Kommenden', which included Carl Busse, Stefan Zweig und Börries Freiherr v. Münchhausen. Lilien illustrated Münchhausen’s book “Juda,” with his soon-to-be characteristic Art Nouveau style in 1900. He then co-founded the Demokratisch-Zionistische Fraktion, a group that espoused Zionism as a way to cultural, political and economic renewal for Jews. In 1901, Lilien worked with Martin Buber to organize an exhibit of Jewish artists at the Fifth World Zionist Conference in Basel. Also in support of his Zionism beliefs, Lilien made four trips to Palestine between 1906-1918, including a trip to Jerusalem in 1906 to assist Boris Schatz in founding the Bezalel Art School. Lilien moved to Braunschweig, Germany in 1921 and died of a heart attack in 1925.