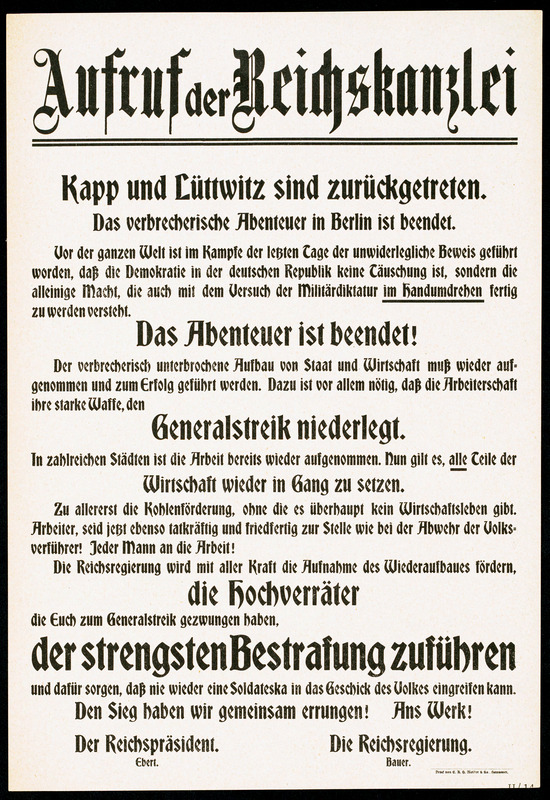 From the beginning, there are reactionary currents in the Reichswehr. Higher North German commanders group themselves with Freikorps leaders and the East Prussian landowner Kapp with highly treasonable intentions. In the spring of 1920, when Allied pressure led to the dissolution of two Freikorps, the Ehrhardt Brigade occupied the government quarter in Berlin, Kapp proclaimed himself Reich Chancellor, and the legitimate government fled to Stuttgart. Part of the Reichswehr declared its support for the putschists. The officials refuse to cooperate with them. Parties and organizations loyal to the state call for a general strike. On March 17, Kapp is forced to resign and flee. The most severe punishment announced in the poster does not take place. 775 officers involved in the putsch are sentenced to prison terms totaling 5 years. (The total judicial sentence against 33 participants in the similarly illegal Munich soviet government was 135 years).