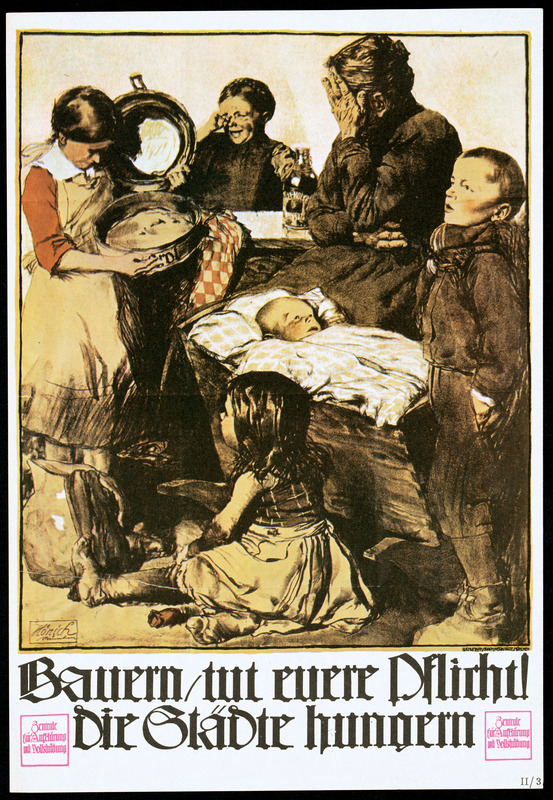 Poster is meant to send a message about the lack of access to food imports in Germany. The allied blockade during World War I led to hunger in the cities and increased death from starvation. The armistice of 1918 eased the blockade for food and American aid shipments, but the starvation among the population continued for well into 1919.

Heinrich Hönich (1873-1957) was a German and Czech artist, commerical designer, and book illustrator who worked in Dresden, Munich, and Prague. He was known for his realistic style of art. During World War I, Hönich was a war painter on behalf of the war press headquarters. He taught at the Prague Kunstakademie from 1928-1945, and then was driven into exile back to Germany, settling in Gstadt am Chiemsee for the rest of his life.