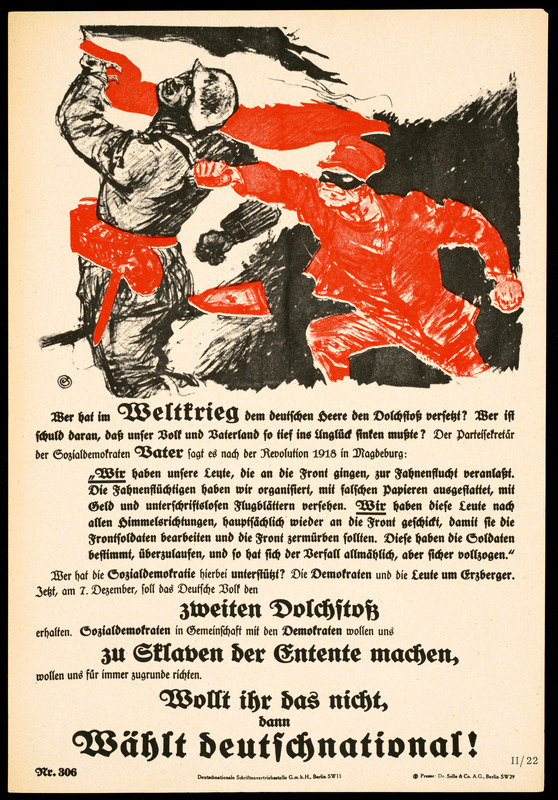 The poster of Germany’s Deutschnationale Volkspartei (German National People's Party) for the upcoming elections on December 7, 1924, warns about the Social Democrats’ second “Dolchstoß” ("stab in the back”) that would make Germans to slaves of the Entente (Europe’s alliance of France and Great Britain). – The original tale of the “Dolchstoß” – a stab in the German army’s back – began circulating during WW I, when it became clear that Germany would be militarily defeated, alleging that revolutionary socialist and Jewish activities had broken the will of the German army.