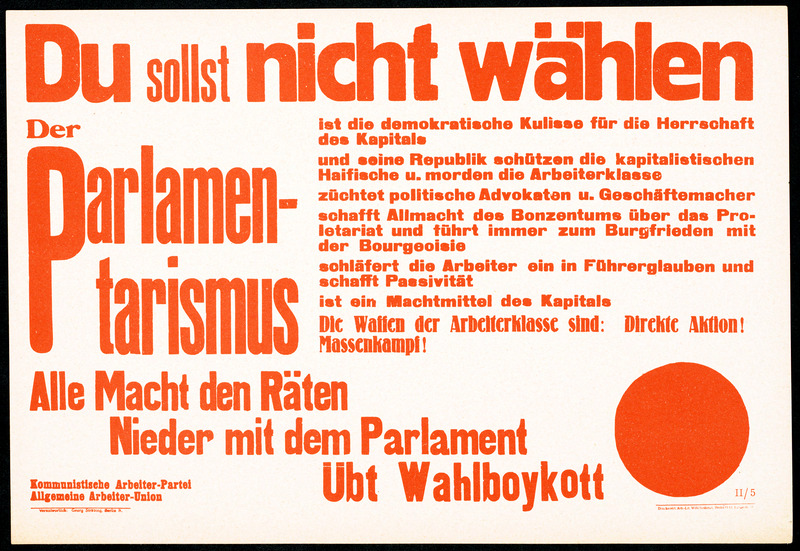 The National Assembly in Weimar, Germany is tasked with drawing up a parliamentary constitution. Two radical groups split off: the Social Democratic Party (SPD) led by Friedrich Ebert, and the Communist Workers' Party (KPD) under Karl Liebknecht and Rosa Luxemburg, who had previously led the Spartacist League. Wanting revolution and a boycott on elections, the parties made a call for demonstrations, strikes, and occupations throughout the city of Berlin, which became known as the "Spartacist's uprising" (or January uprising). The uprisings took place from January 5-12, 1919, and were suppressed under Ebert's command and with the help of the Freikorps.