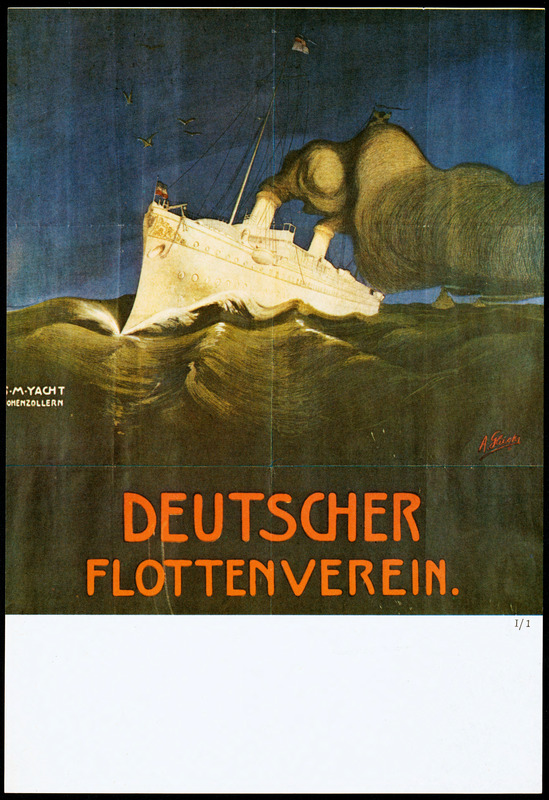 The Flottenverein was an Imperial German navy league, or fleet association, founded in 1898. The league's mission was to propagate the new maritime and colonial policies of Kaiser Wilhelm II. Under the guidance of Admiral Alfred von Tirpitz, the organization soon gained many supporters in Germany, and at its peak had over 1 million members. The motto “Germany's future lies on the sea” now applies. However, the growth of the league led to tense relations with England a few years later, at the dawn of World War I.