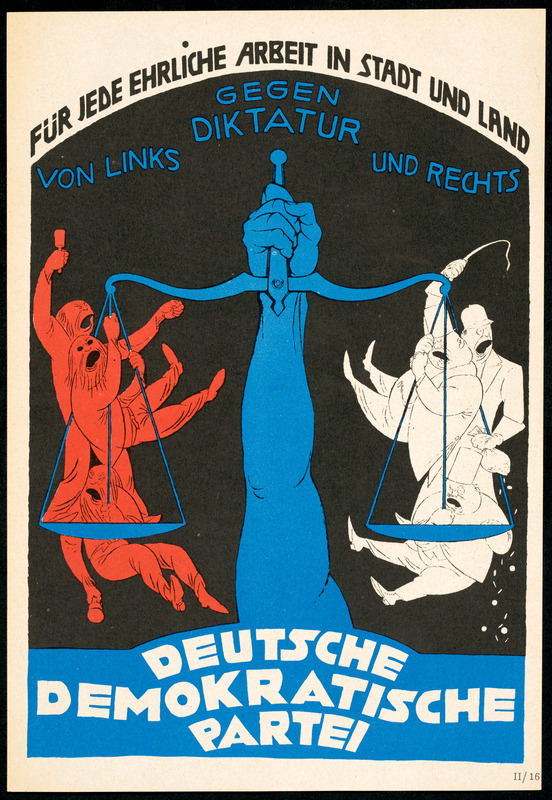 The German Democratic Party (Deutsche Demokratische Partei), founded in November 1918, is pro-republic but not socialist. The DDP participates in almost all imperial and state governments of the Weimar period, consuming itself in the process. By 1933, the party is almost nonexistant.

Karl Arnold (1883-1953) was one of the leading caricaturists and illustrators of the first half of the 20th century in Germany. He studied drawing in his native Neustadt before entering the Academy of Fine Arts in Munich in 1901. Arnold worked for the satirical magazine, Simplicissimus, for much of his career. He also provided illustrations for the Berliner Illustrierte Zeitung newspaper and the art and literary magazine, Jugend.