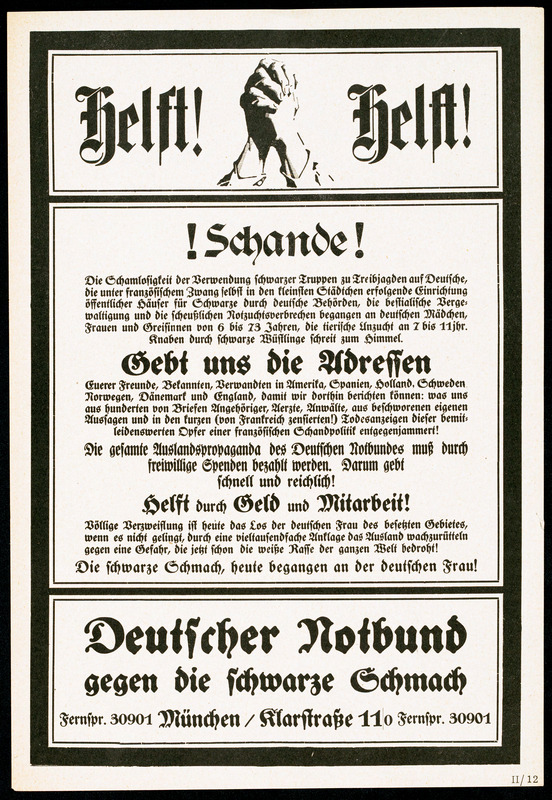 This is a poster from the “Notbund”, a racist group founded in Munich by Heinrich Distler. Distler called himself “Germany's most fearless fighter for the purity of German blood," and he and other propogandistic groups spread allegations of widespread crimes, especially sexual crimes, committed by Senegalese and other African soldiers serving in the French Army during the French occupation of the Rhineland between 1918-1930. Die schwarze Schande or Die schwarze Schmach ("the Black Shame" or "the Black Disgrace") were terms used by the right-wing press to stoke moral panic. Many Germans at the time found the occupation by African soldiers to be particularly humiliating.