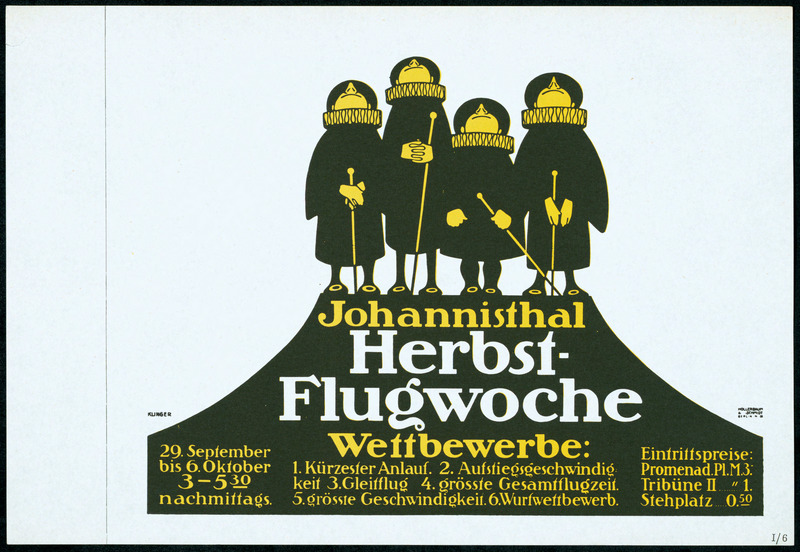 This poster is advertising an airplane show in the Johannisthal neighborhood of Berlin, taking place in the afternoon for a week in autumn in 1910.

The artist of the poster, Julius Klinger (1876–1942), was a painter, illustrator, commercial graphic designer, typographer and writer from Vienna. He worked in Vienna, Munich, Berlin, and perhaps his best known work was doing graphic design for Tabu, a cigarette rolling paper company. Klinger was of Jewish descent, and he likely was killed after being deported to Minsk in 1942.