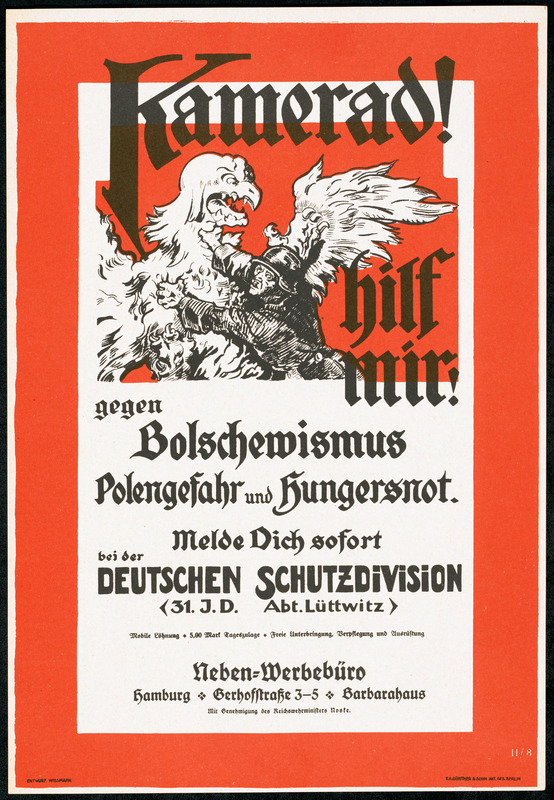 A struggling soldier asks for help in his fight against “Bolshevism”, “Danger from Poland”, and “Famine”. The soldier is part of a “German Defense Division”, which – like the “Freikorps” - was a group formed as an auxiliary police force in post-war Germany in late 1918.

The Freikorps was made up predominantly of unsettled First World War army veterans, students, and those with right-wing, nationalist tendencies. Many units of the Freikorps proved little more than violent private armies, answerable to none but their commanders as they sought to crush communist-inspired civil unrest. Nevertheless, the ruling SDP viewed them as a necessary evil and ordered them to suppress left-wing insurrection in places such as Berlin, Munich, and the disputed territory of Upper Silesia (Poland).