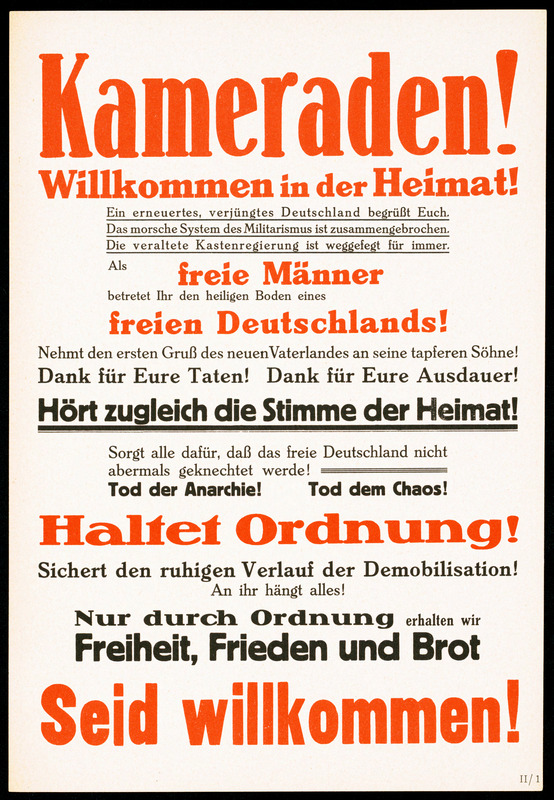 After the armistice was signed on November 11th, ending World War I, German armies retreated and were demobilized quickly and in a disciplined manner under the guidance of Paul von Hindenburg. To quell potential revolutionary tendencies within the army and to maintain patriotic feelings, soldiers' councils were formed.