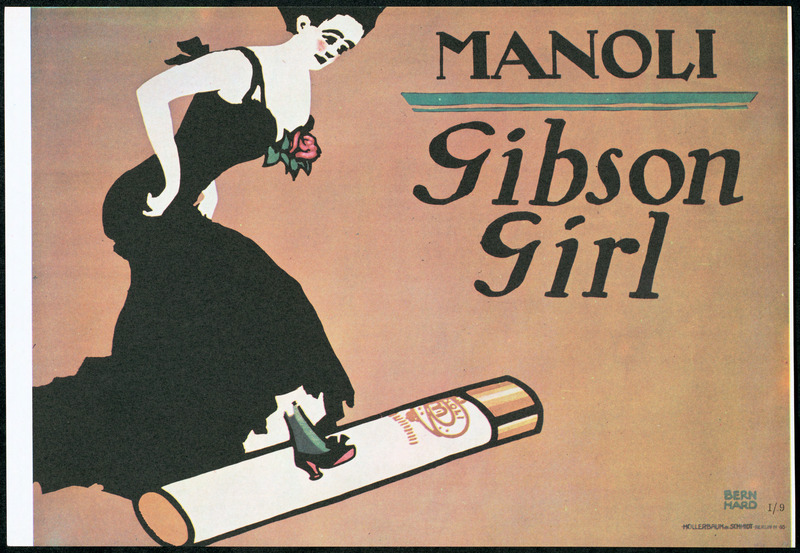 Lucian Bernhard (1883-1972) was an influential graphic and type designer and artist. He was born Emil Kahn in Stuttgart, but changed his name in 1905. Largely self-taught, Bernhard worked out of Berlin and then New York (after he emigrated to the United States in 1923). He was famous for working in the "Sachplakat" style of design, known for its simple yet bold designs, with minimal text and flat color choices.

Manoli was a famous Berlin-based brand of cigarettes. The illustrator Lucian Bernhard incorporated a "Gibson Girl" into the advertisement for the Manoli cigarettes. Gibson girls were well known depictions of women in illustrations and design, from the early 20th century; the Gibson girl was known for her "S" shaped figure and her sensual, but not overly sexual, beauty.