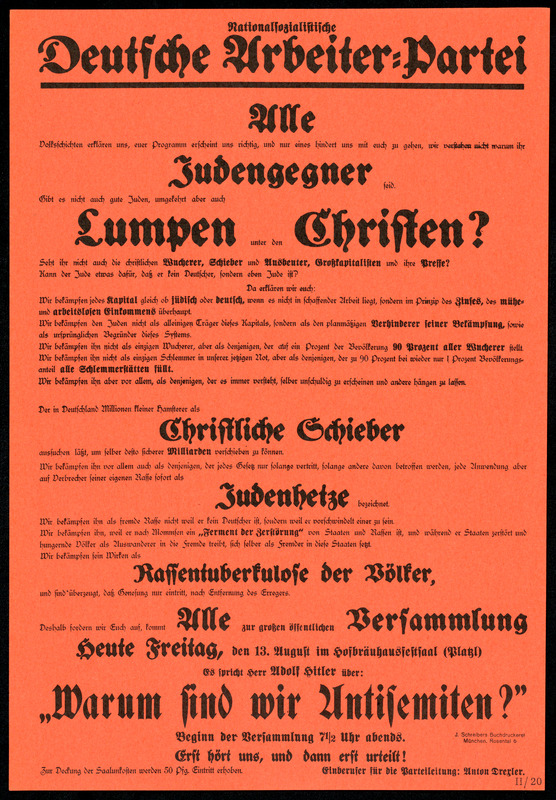 Poster is an announcement for a speech by “Mr. Adolf Hitler, ‘Why are we antisemites?’”. It rejects the notion that there might be “good Jews as well as rascals among Christians”. The group that sponsored the poster, NSDAP (Nationalsozialistische Deutsche Arbeiterpartei) was founded in January 1919 by Anton Drexler as the Deutscher Arbeiter-Verein (German Workers' Association), though it was not a recognized party in the republic at first. Adolf Hitler (born 1889) joined the party in September 1919. Though a small faction of followers at first, by the time the party held its first mass meeting on February 24, 1920, it attracted almost 2,000 visitors. Anti-capitalism and anti-Semitism were the main themes of its propaganda.