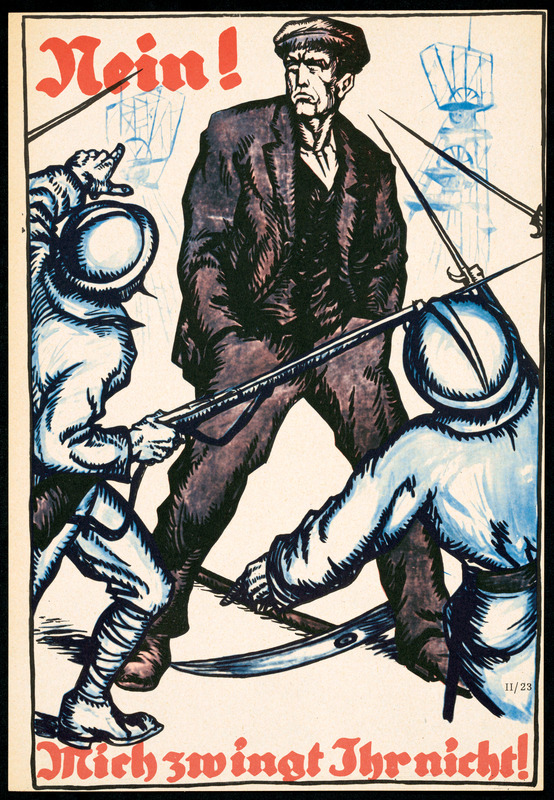 As part of the Treaty of Versailles, Germany had to pay reparations to France; however, Germany defaulted on these payments. As a result, French troops occupied the Ruhr region of Germany starting on January 11, 1923. On January 19, the Reich government proclaims "Passive Resistance on the Ruhr," which leads to a wave of German patriotic enthusiasm and acts of civil disobedience against the French occupiers. However, the costs of passive resistance can only be met with increased printing of paper money by the Germans. The economy in the Ruhr collapses, and the value of German currency plumments soon afterwards. Passive resistance becomes active sabotage, which leads to increasingly severe sanctions by the occupying power.