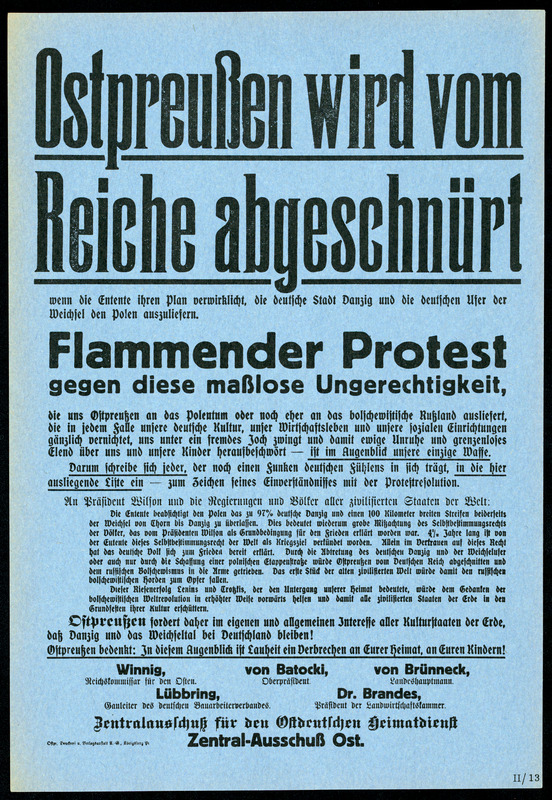 The Treaty of Versailles decrees large territorial concessions for Germany, especially in the East. The "Polish corridor" is determined without a vote: Poles, dominated for centuries by foreign powers, are to be given the possibility of their own state development with access to the sea. At that time, about half of the 1.4 million inhabitants of the "corridor" spoke German, the other half Polish or Kashubian. The purely German city of Danzig becomes a "Free City" under the protectorate of the Volkerbund.