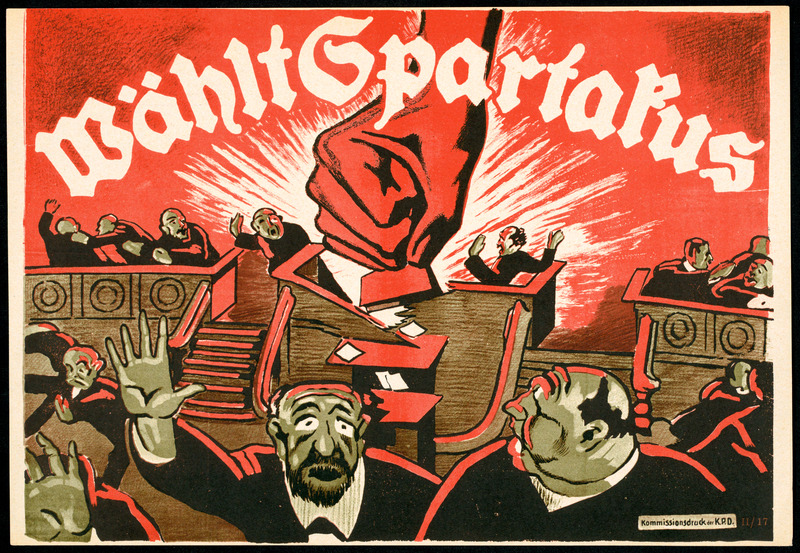 In the election for the constituent National Assembly in 1919, the Communists' slogan was "Thou shalt not vote". But after a broad majority had voted for parliamentary democracy, the communists adapted themselves to form the KPD ( Kommunistische Partei Deutschlands) and put up candidates in the election for the first Reichstag. The poster indicates the turmoil feared by the rise of the KPD.