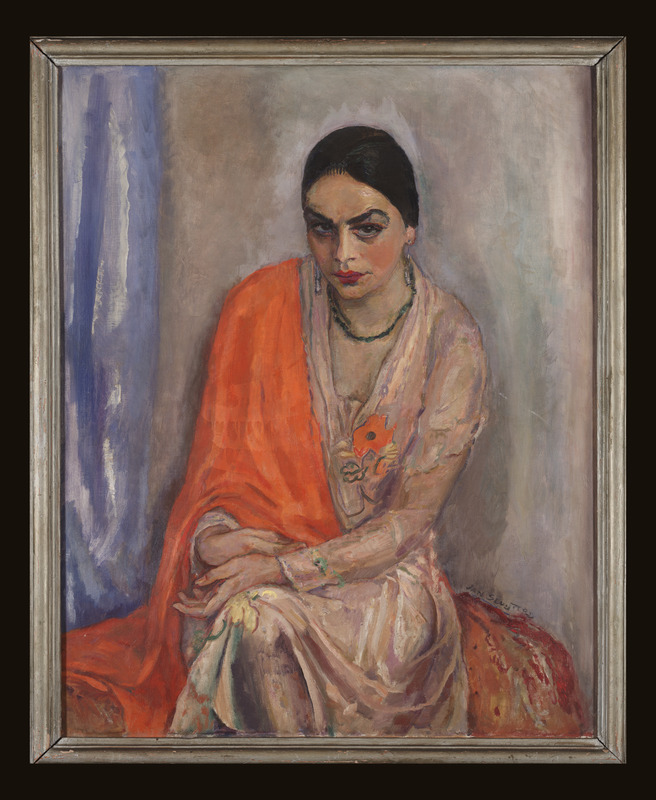 Elisabeth Dittmann Model was a painter and sculptor. She was born in Bayreuth, Bavaria and showed an early interest art that later led to her attending art school. She studied sculpture in Munich under Walter Thor and Cericioli, in Amsterdam at the Rijksakademie under Professor Jurgens, and in Paris under Moissi Kogan. She met her husband, Max Model, while in school. Model, along with her husband and children, fled from Nazi invasion to Amsterdam in the Netherlands. They traveled to Greece, Israel, Italy, and America, where the family finally settled in 1941 in New York City.

Johannes Carolus Bernardus Sluijters (also known as Jan Sluyters) was a leading pioneer of various post-impressionist movements in the Netherlands. Sluijters was born December 17, 1881 in Hertogenbosc and began his studies at the Amsterdam Academy of Fine Arts in 1896. In 1904-05 he visited Paris. He was influenced by neo-impressionist painters and van Gogh and later by Gauguin and Matisse. He experimented with several styles, including fauvism and cubism, finally settling on a colorful expressionism. Sluijters works, which include portraits, landscapes, still lifes, and nudes, are distinguished by bright color, dynamic forms, and broad, energetic brushstrokes. He died May 8, 1957, in Amsterdam.