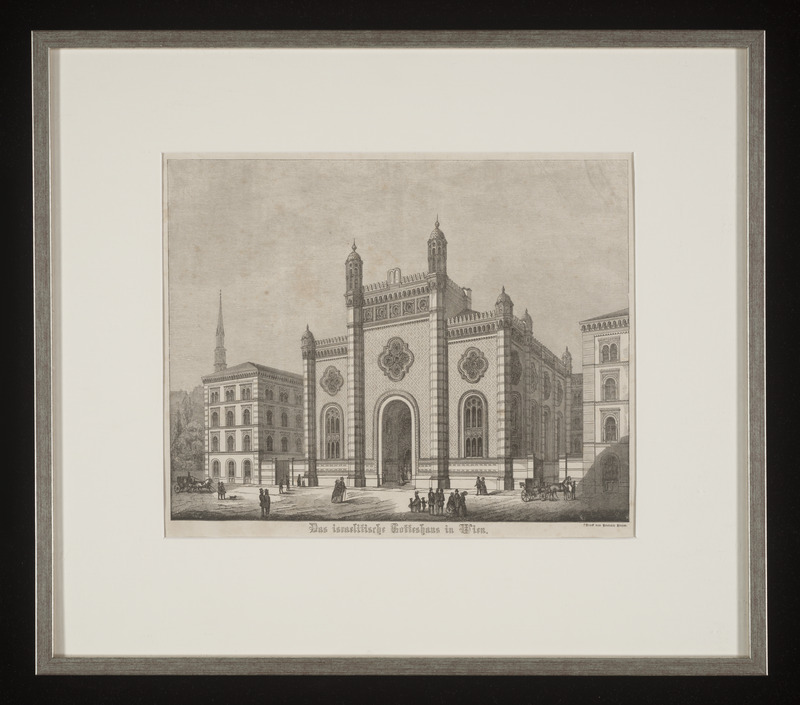 The Leopoldstädter Temple was built in 1858, designed in a Moorish Revival style by the architect Ludwig von Förster. It was the largest synagogue of Vienna, in the district (Bezirk) of Leopoldstadt. The synagogue was also known as "Israelitisches Bethaus in der Wiener Vorstadt Leopoldstadt". In 1938, the synagogue was ravaged and destroyed during Kristallnacht. The part of the temple that survived was used in post-war Vienna as a small school and synagogue.