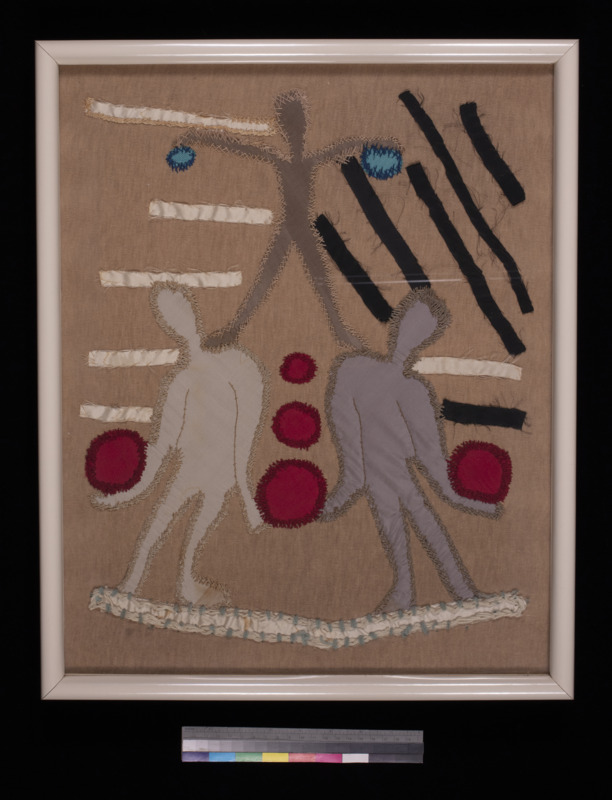 Lisa Rodewald (née Thorne) was born and raised in a Jewish family in Breslau, Germany (now Wroclaw, Poland) in 1895. She trained as an art teacher and in 1919 began a four year study at The Royal Academy of Art in Breslau. She studied with Otto Müller, Erich Heckel, and other noted artists of Die Brücke movement. While at the academy she met her future husband, Ernst Rodewald, who later became an architect. Their son Claude was born in 1921. The family moved to Berlin in 1928, and Lisa continued to be active as a teacher and artist in the Berlin scene. Suffering from shell shock since serving as soldier in WWI, Ernst Rodewald committed suicide in 1934. With the growing threat of Nazism in Germany, Lisa and Claude fled to London in 1936, where Lisa found work in a doll factory painting dolls' faces. During the blitz, Lisa arranged for Claude to leave London on a ship with other Jewish refugees to New York; however, the ship was turned away and arrived in the Dominican Republic. Claude lived in the Sosua settlement in the Dominican Republic as a teenager until he could join the US Army. In 1946, Lisa and Claude reunited in New York City.

Lisa exhibited her work in Germany, England, Cooper Union and The Contemporary Craft Museum in New York City. Lisa’s work included both abstract and figurative collages made of various fabrics. Her stitched fabric collages were enhanced by the use of the Gordian knot technique. She began to paint flowers using watercolors when severe psoriatic arthritis disabled her in the early 1970s. Her son, Claude, also became an artist, but suffering from mental illness as an adult, he was institutionalized and committed suicide in 1953. In 1973, Lisa moved to Cooperstown, NY to be near close friends, and she died there in 1979. Although she suffered the loss of her husband, her son, her culture, her country, and became almost totally immobilized due to arthritis, her positive outlook on life and her creative spirit attracted people of all ages.