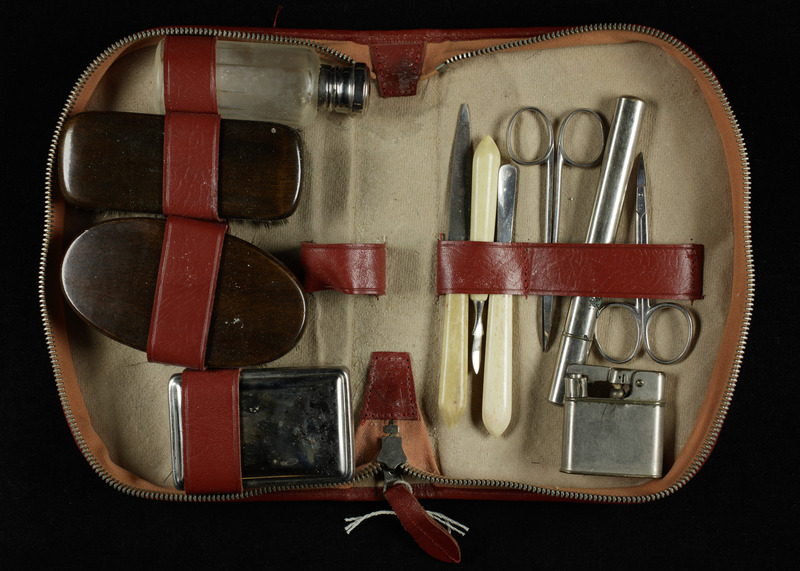 Esther Berkowicz (1922-2017) was born in Germany to Polish born Jewish parents Pesia and Mojsze Berkowicz. She had a younger brother named Natan (1928-2016). Her father owned a successful clothing store for men and boys in Berlin, called M. Berkowitz. The clothing store was damaged during the attacks on Jewish property on November 8-9, 1938 (Kristallnacht). With the aid two uncles living in New York, Esther's parents were able to acquire American visas for Esther and Natan after the United States passed a law allowing the entry of additional refugee children. Having been born in Berlin, the children fell under the shorter German quota for visas. The children departed Hamburg on board the S.S. Hansa, but due to the outbreak of World War II the ship was sent back to Hamburg before having docked at its first stop in Southampton, England. Another passenger on the ship, Jürgen Wittenstein (later George Wittenstein, a future member of the White Rose) assisted in returning Esther and Natan to their parents in Berlin. Several weeks later, the Berkowicz family received visas for Belgium, with plans for the children to travel onwards to the United States and Pesia and Mojsze to await their visas for England. At the border with Belgium, Mojsze was removed from the train and sent to the Sachsenhausen concentration camp in Oranienburg, Berlin. Pesia and the children continued to Brussels, where the children sailed to New York City on the S.S. Pennland on September 25, 1939. They lived with their uncle in the Bronx. Pesia remained in Brussels, trying to free her husband from Sachsenhausen. She eventually died on a transport to Auschwitz in 1942. Mojsze died in Sachsenhausen in 1942.

In New York Esther met a fellow emigrant from Poland, Saul Milich, who also used the surname Miller for business. They married on June 26, 1942, a few months before he joined the army. He was active in the army from August 22, 1942 until his honorable discharge October 23, 1945. Esther's brother – now called Nathan – lived with the couple while Saul worked at various military bases in the United States. After the war the family moved to Crown Heights, Brooklyn, where Saul and Nathan established a fur business, called Miller & Berkowitz. Esther and Saul had two children, Janice and Marvin, and in 1952 Nathan moved into his own residence, eventually marrying and having his own family. In 1955 Esther and Saul moved to Forest Hills, Queens and in 1973 to Howard Beach, Queens, where Nathan had helped found the Rockwood Park Jewish Center. Saul retired his fur business in the late 1980s and in 2006 moved to assisted living near their son Marvin. Saul Milich passed away in 2009, his wife Esther in March 2017. His brother-in-law Nathan passed in March 2016.