Peter de Mendelssohn and Paul Anton Roubiczek founded Europäischer Merkur in Paris in 1933. They published anti-Nazi literature and pamphlets, including works by Lion Feuchtwanger, Heinrich Mann, and Arnold Zweig. They also published their own writings. Altogether, they published nine books before declaring bankruptcy in 1935.

Both Mendelssohn and Roubiczek arrived in Paris in 1933 and left after their publishing company went bankrupt. Mendelssohn emigrated to London in 1936, as did Roubiczek in 1939, after briefly living in Vienna, Prague, and the Netherlands. 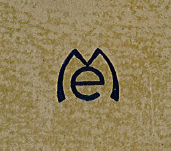