Kurt Leo Maschler founded the Atrium Verlag in the 1930s, following the transfer of the rights of the Williams Verlag to Maschler in 1933. The Williams Verlag, founded by Edith Jacobsohn in 1924, was one of the preeminent children's book publishers in Germany, but came under intense Nazi pressure, forcing Jacobsohn to emigrate. The Atrium Verlag was largely established to continue the publication of authors like Erich Kästner, who were previously published by the Williams Verlag and were banned in Nazi Germany. Initially, Atrium was based in Basel, but soon moved to Zürich. Other authors published included Erich Fried, Annette Kolb, Adrienne Thomas, Kurt Tucholsky and Stefan Zweig.

In 1937, Maschler fled to Vienna, Amsterdam and, finally, London, where he led the Atrium Verlag from abroad. Politically active, he wrote anti-Nazi pamphlets for the British press. After the war, he published a number of successful art books through Faber & Faber and Fama Verlag, in addition to continuing his promotion of the work of Kästner. 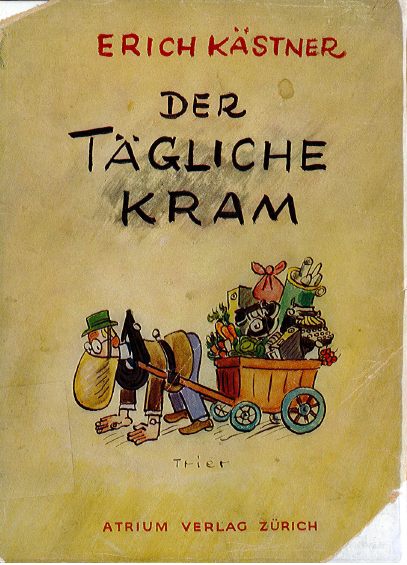