Gottfried Bermann Fischer founded the Bermann-Fischer Verlag in Vienna in 1936, following the dissolution of the S. Fischer Verlag in Berlin. The S. Fischer Verlag, which Bermann Fischer had directed since 1929, split into two parts - one in Vienna, the other in Germany under the control of Peter Suhrkamp. The Bermann-Fischer Verlag had the rights to the work of, among others, Alfred Döblin, Hugo von Hofmannsthal, Thomas Mann, and Carl Zuckmayer, most of whom had been condemned by the Nazi regime. The principal market of the company initially remained in Germany. Following the Anschluss in 1938, Bermann Fischer fled to Stockholm, where he re-established his publishing company with the financial support of the Bonnier family. He also collaborated with the Querido Verlag in Amsterdam.

In 1940, Bermann Fischer immigrated to the United States. His company in Stockholm continued under Alfred Harcourt, who distributed the books. In New York Bermann Fischer founded the L.B. Fischer Publishing Corporation with Fritz. H. Landshoff.

Bermann Fischer had initially been criticized by many émigrés because he remained in Germany until 1936 and did not adopt a clear position on the Nazi regime. However, from 1936-1940, the Bermann-Fischer Verlag published 75 books, 40 of them by exile authors. The Swedish part of the company published more than 130 books between 1938 and 1948.

After the war, the situation of the divided publishing houses remained complex. The Suhrkamp Verlag was re-established in Berlin in 1945. One year later, the Suhrkamp Verlag, vormals S. Fischer, was re-established in Frankfurt am Main. The parent company, managed by Bermann Fischer, remained in Stockholm. In 1948, the publishing company moved to Amsterdam and merged with Querido, becoming Bermann-Fischer/ Querido Verlag, making Landshoff co-owner again. 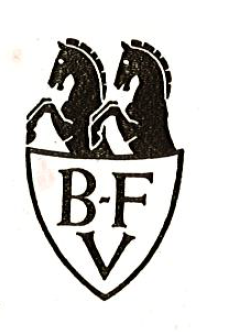